December 26, 2013. Christmas and the Church Today: An Interview With Metropolitan Hierotheos of Nafpaktos

The interview published below was done in 1997, during a time of highly publicized scandals in the Church of Greece, by the newspaper "Orthodoxy in Greece and the World" with His Eminence Metropolitan Hierotheos of Nafpaktos and Agiou Vlasiou.

Question 1: What is the significance of the sacred Twelve Days for the Orthodox?

Answer: First of all I congratulate you because you are dealing with such matters, escaping some of the so-called news, which in many places is misleading. In answer to your question, I would say that the Twelve Days of Christmas and Theophany give to Orthodox the opportunity to approach existentially and personally the three major Despotic feasts of the Birth, Circumcision and Baptism of Christ, which constitute the mystery of the reformation of the human race. And indeed, this approach takes place within the worshipping and sacramental realm of the Church.

Question 2: Is the incarnation of Christ a challenge to the world? 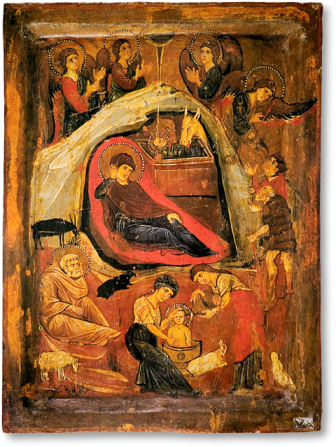 Answer: Christ appeared in history as the greatest challenge. I am not only referring to his revolutionary teachings, but the fact that He united the created with the uncreated, the divine with the human. Saint John of Damascus says that Christ is "the only thing new under the sun". That is, after the creation of the world all things are repeatable, while the birth of Christ is the only new thing in history. And the God-man Christ is a challenge today, precisely because man likes to place himself as the center of all things (anthropocentrism) and I would say seeks to disincarnate Christ. That is, when contemporary people degrade God to the human, and then humans to subhumans and beasts, the Divine-humanity is a challenge to obtaining a high sense of life, to experience so-called dimensional ontology. After all, what is needed by contemporary man is not just "depth psychology", but "height psychology (and theology)", as Victor Frankl would call it, or a high sense of life.

Question 3: Today's image portrayed by the Church of Greece, especially the last two years, could it adversely affect the Orthodox flock, and if so, how is it possible to correct this image?

Answer: If we try to answer this according to Einstein's spacetime, in which the knowledge of an object depends on the position and movement of the observer, then we can say that the image one has of the Church of Greece depends from which perspective one sees it and depending on their own existential movement. One will have either an image of the Church of Greece as seen through the various media, or there is another image which is through a personal approach to her interior space, where there are huge changes and transformations taking place. And it is a fact that if the flock stands on the outside of this information, they will be adversely affected, but if they approach the sacramental space of the Church they will not be seriously troubled, because they will learn that despite her personal faults and failings, the Church is the Body of Christ and not a human organization. It is a spiritual hospital that treats humans, and it is the only space of life.

It is a fact that lately, and due to the vast means of communication, there have come to light various so-called ecclesiastical scandals. But these more often are autonomous from the whole life of the Church, and are overly magnified, and they often serve the various designs of disorienting people. Ultimately, I believe that the effort to reduce the validity and the work of the Church, because of the passions of some members, is like trying to catalyze the democratic civilization of a country, possibly because some elected representatives of the people steal and exploit the people. Such absolutism, I think, is a temperate climate to incubate dictatorial attitudes.

Question 4: We see today that the majority of Greek people are not catechized. Do you think people need a catechism to redefine their relationship with the real purpose of the holidays and not only occupy themselves with the folklore opposed to it?

Answer: It is a fact that most of our people are not catechized in the deeper meaning of the events celebrated on these great feasts. Beyond catechism, what is needed today is for people to see friends of the God-man Christ, since they can't see the God-man Christ Himself. It is true that man's life is affected negatively or positively by the standards presented before him. Friends of the God-man are the saints, who exist even today, and who can be met in person - Clergy, monks, humble parents and teachers, afflicted people who endure and believe. And finally, if today in our country secularism has not institutionalized, it is due to the rich tradition that exists in the undercurrents of life, which circulate, due to the existence of people within our community, such as Papadiamantis, Makrygiannis, etc. who hold lit the spark of faith and life.

Question 5: Is the consumerism of today consistent with the salvific event of the Incarnation?

Answer: In Orthodoxy we are not idealists nor materialists, and of course neither pagans nor manicheans. Therefore, we do not reject material goods, nor do we deify them. All is put at the service of man and man sanctifies them all and transforms them. Consumerism, in fact, represents a serious existential problem, an insecurity and existential emptiness. Conversely, the event of the incarnation of Christ is associated with emptiness (kenosis) and newness, simplicity and spiritual nobility, love and spiritual affection, poverty and wholeness of the soul.

Question 6: How can we as Orthodox understand the meaning of the birth of Christ?

Answer: It is known that according to the Cartesian understanding, existence and knowledge identify with correct reasoning: "I think, therefore I am." In the Orthodox understanding knowledge is identified with the entire existence of man, the existence of which is not confined to logic and rationality: "I live in Christ, therefore I am." Thus, the only way to understand the event of the birth of Christ is to be able to enter it, like swimmers, naked of the images given by others, in the sea of the love of God, as experienced within the Church. The elimination of misleading images is a safe method of finding spiritual knowledge and fullness.

Question 7: What is the message of the Nativity for the time of a merchant society?

Answer: When we speak of a merchant society, what is meant primarily is a utilitarian and commercial society, a society that reduces the traditional values ​​and structures of society. Indeed, relations between people today are out of rationalism, individualism and utilitarianism, which are features of the Western Enlightenment, and has permeated the culture and social life of many people in our time. In such an unsociable society, the message of Christ's birth is that man was created to be a person, to have a right relationship with God and people. There must be an openness to the other, who is not an other, a stranger, or a hell, but we are brethren, the image of God. If you go through these celebrations and we cannot dispense with the idea that others are a danger to us, then we will lose another opportunity to get away from the hell of a merchant society.