The appointed feast of Orthodoxy at the beginning of Great Lent, in which the theology of the icon is linked with the theology of asceticism, but when we also participate in the mystery of the Cross and Resurrection of Christ, shows the external splendour of the Orthodox Church. First and foremost, however, it reveals its depth, which “requires a first-rate swimmer”.

In what follows, four points will be underlined, which reveal the realm in which the Orthodox icon belongs, but also how it differs from other Christian traditions.

1. The Church of the Prophets, Apostles and Saints

The Orthodox Church does not rely on intellectualism, rationalism or moralism, but on the revelational experience of the Prophets, Apostles and Holy Fathers. This is what distinguishes it from Western scholasticism and moralism. God is not discovered by rationalistic human beings, but He reveals Himself to the pure human heart, according to Christ’s words: “Blessed are the pure in heart, for they shall see God” (Matt. 5:8).

The Synodikon of Orthodoxy, which is read on the Sunday of Orthodoxy, includes the words: “As the Prophets saw, as the Apostles taught, as the Church received, as the Teachers laid down… thus do we think, thus do we speak, thus do we preach Christ our true God.”Orthodox theology is not speculation and imagination, but experience in the Holy Spirit, and dogma is the definition of the personal experience of revelation, a definition made for the salvation of humankind. Ultimately dogma is the spoken words and concepts of inexpressible reality, and its aim is to become a medicine for man, so that he may acquire communion with God. The dogmatic truth about icons should also be seen from this perspective. The Orthodox icon is a manifestation of God’s uncreated glory, so that man may be led to this experience of divine glory.

2. The Seventh Ecumenical Council and the Council of Frankfurt

The historical fact behind the ecclesiastical event that is celebrated on the Sunday of Orthodoxy is the restoration of icons that took place in 843 AD. In that year the authority of the Seventh Ecumenical Council, which met in Nicaea in 787 AD and theologised on the value of the holy icons in the Orthodox Church, was in fact reinstated. 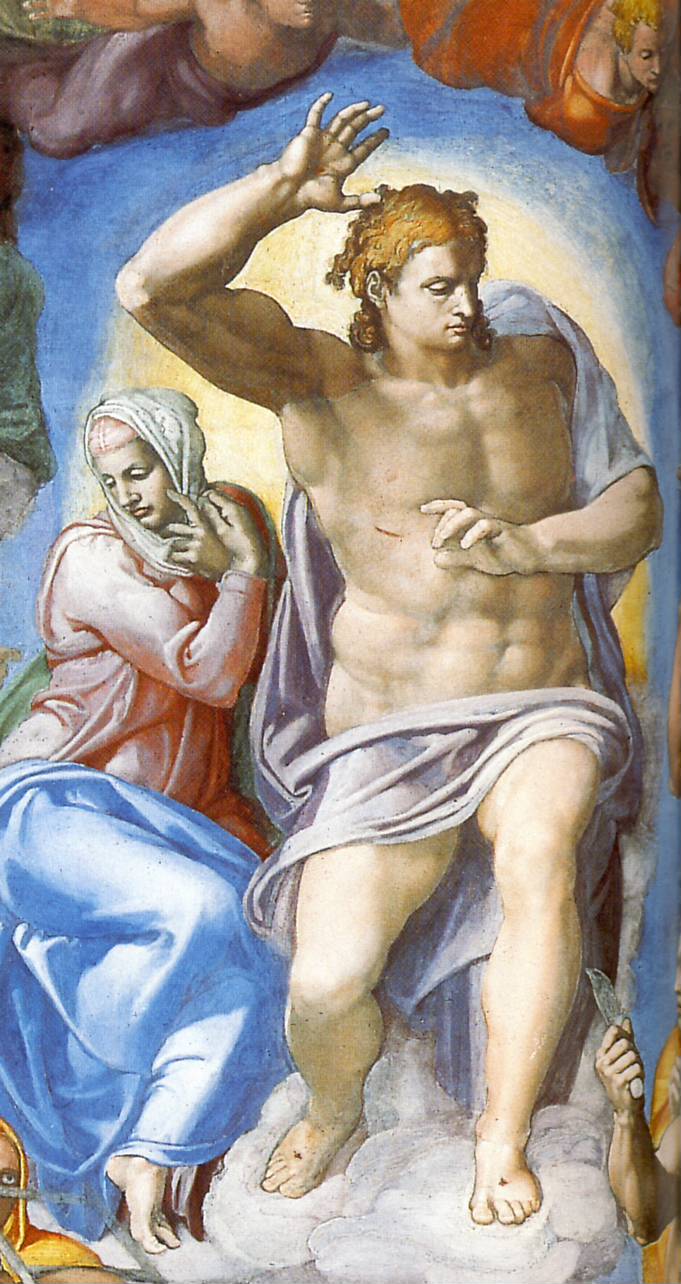 This theology was expressed by early Fathers, such as St Basil the Great, but also by other Fathers nearer in time to this Ecumenical Council, such as St John of Damascus, Theodore of Studion and others. Both before and after the Ecumenical Council, an amazing theology was developed with regard to the icons of Christ, the All-Holy Virgin, the saints and the Precious Cross. Icons are not external symbols but expressions of the mystery of the incarnation of the Son and Word of God and the deification of man. In reality, the painting of holy icons shows the hypostatic union of created and uncreated in the Person of Christ, and the union of man with God according to grace.

It should be noted that representatives from all the local Churches were present at this Ecumenical Council, including representatives of Pope Adrian of Rome, and they signed the Council’s decisions about the theological value of holy icons. There was still unity then between Old and New Rome, as they shared a common faith, theology and life.Subsequently Charlemagne convened his own Council at Frankfurt in 794 AD. There he made official the recent deviations of the theologians of his court and, among other things, the veneration of icons was condemned. Later the filioque was introduced into the Creed .

3. The Icon in Orthodox and Western Tradition

The other point that needs to be examined is the difference between the Orthodox-Byzantine icon and the Western icon in two specific examples, one from the West and one from the East.

The style of icons that prevailed in the West during the Middle Ages and at the beginning of the Renaissance is best expressed in the artwork in the Papal Sistine Chapel in the Vatican, which was painted in the fifteenth century by great artists, the most important of whom was Michelangelo.A book was published recently which gives a new interpretation of the painting in this chapel as a whole. The book was written by Professor Heinrich Pfeiffer, who tried to give a theological interpretation of the painting in the Papal Chapel based on the dogmas of Catholicism. In this work he asserts that the choice of subjects, the details of the frescoes, the unity and the harmony that can be seen in the plan of the painting, were not devised by the artists themselves, but by Papal theologians of that era. With regard to the Triune God, the painting was based on the teaching of St Augustine about the procession of the Holy Spirit from the Father and from the Son.It is noteworthy that when Michelangelo painted the Papal Chapel he acted as a sculptor and painted the biblical figures like statues, finding “spontaneously his anthropocentrism and the rule of classical antiquity”.

The portrayal of the Judgment, which was painted by Michelangelo, is characteristic. Christ is presented as having His right hand raised in a gesture of wrath, and the whole scene is influenced by the movement of the Judge’s right hand. As the researcher notes, “For the first time an artist appointed by the Pope of the Roman Church creates an icon of Christ that departs from the standard iconographic model and refers to idolatrous divinity” He probably wanted to express here the absolute power of the Pope in the whole world, as he is the representative of Christ on earth.When Gerondas Sophrony, himself an Orthodox iconographer, visited the Sistine Chapel he wrote: “The soul has no inclination at all for prayer, but only for various artistic and philosophical speculations”. In particular, on the portrayal of Christ as Judge he wrote: “You would think He was some sort of ‘Champion’ Who flings into the abyss of Hades all those who dared to oppose Him. His gesture is ‘vengeful’, harsh… And I am sure that He is not at all the true Christ of the Gospel.”

Let us consider the icons of another Michael, Michael Panselinos, in the Protaton on the Holy Mountain. These icons arouse the interest of all students of art, but also of simple people. The Sacred Community of the Holy Mountain has said that “The frescoes of the ‘Great Church of the Protaton’ are the fruit and distillation of the inner monastic and liturgical life of the Holy Mountain. In this treasure of depiction in our sacred place, theological profundity, spiritual depth and classical feeling bear fruit in the harmony of the compositions, the beauty of form and the brilliance of colour” . According to the opinion of a specialist in art, “The frescoes of the Protaton express a conscious turning of the Byzantine world with renewed interest towards the classical ideal, in harmonious conjunction, nevertheless, with the spirituality of the Christian community that it expresses” .

Archimandrite Sophrony writes that Orthodox iconographers work on the basis of their personal experience. Some of them do away with proportions and distort the human form, in order to detach the nous of the one who prays from the earth and to lead it to heaven, whereas others want to express through the icon the union of created and uncreated. This latter case presupposes experience of the vision of God .The difference between Byzantine and Western icons is extremely clear. Byzantine icons present Christ with a certain magnificence, but also with a profound peace. He approaches man with great charity and self-emptying love. They are icons which have love, affection and tenderness. At the same time, Orthodox icons express the inwardness of man, the unity of uncreated and created, the transfiguration of man by the uncreated Light, which has entered into his existence and pours forth into the body and the whole of creation. They encompass the one looking at them with sensitivity, tenderness and love. Simultaneously, gracious light flows from Christ and sanctifies the whole of creation.By contrast, one can see in the religious icons of the Western Renaissance the anthropocentric worldview of ancient Greek civilisation, man’s self-confidence, the dominance of reason, power and pleasure, and doubt about traditional values, so the art has a realistic and anti-metaphysical character. In the West a three-dimensional icon is created, founded upon anthropocentric experience and knowledge, and it translates into formal signs man’s renewed faith in his powers and his earthly destiny. Western religious art is naturalistic and anthropocentric. It expresses the humanisation of dogma, and human passion runs through the sacred scenes.

4. Two Icons of the World Today

Taking all this into account, we can broaden the subject to include our contemporary society, whether Eastern or Western. We can look at the two icons of our world today, which are no different from the two types of icons that we previously identified.

One is rationalistic and sensual. It relies on the absolute predominance of reason, the senses and the passions, which are characterised as pleasure and pain. Rationalism leads man to dead ends, and sensualism, through pleasure and pain, creates tragedy. Everything today is based on a superficial image that is enchanted by outward splendour and ignores the depth. This icon is like the Western sensualistic icon, which supports the satisfaction of the senses and pleasures.

The other icon is the inner mystical world, which looks towards the invisible aspect of man and refers to the depth of his heart, where all the heartfelt feelings towards God and other people develop. It is there that the tragedy of pain and Hell is also experienced.

The difference between these two icons is characterised symbolically by the difference between a person and a mask. The person has substantial existence and depth, whereas the mask only has a surface and conceals the person. People today actually use masks all the time, either because they are not a person in the theological sense, or because they want to conceal their person. However, society too is a society of masks and shop-windows, which likes outward splendour and not the depths of the heart, of the person. A person has freedom and love, a mask has external glitter and beauty that destroys the person and sows tragedy. Perhaps that is why people want to break shop-windows, in a search for freedom. But they do not find their real goal.

Existential philosophy and existential psychology attempt to identify this inner tragedy of man, his pain, with the existential void, the tears of suffering, which lie behind the external beauty of the mask. Contemporary art attempts to depict this depth of the world and humankind. Contemporary sociology is interested in identifying the difference between wealth and poverty, and it mainly attempts to lift the veil that conceals social tragedy. Academic researchers discover the tragedy of man away from the light of publicity, and even after the spotlights have gone out. It is mainly spiritual fathers who do this work. They enter into the Hell of the human tragedy, in order to pass on the message of hope and resurrection.

In our era when the words of the atheist existentialist Sartre, “Other people are our hell” are heard, the words of St Seraphim of Sarov ought to be heard loud and clear: “Christ is risen, my joy!” The other human being is not our hell, but our joy. God is not a feudal lord Who demands that the order put in place at the creation should be maintained, but the tender Bridegroom of our heart. And the Church is not a medieval community, but the light-filled bridal chamber of glory. Let us pass from the sensual icon to the Byzantine-Roman icon, from the mask of hypocrisy to the true person, that we may find and grasp the true meaning of Orthodoxy.February 2010